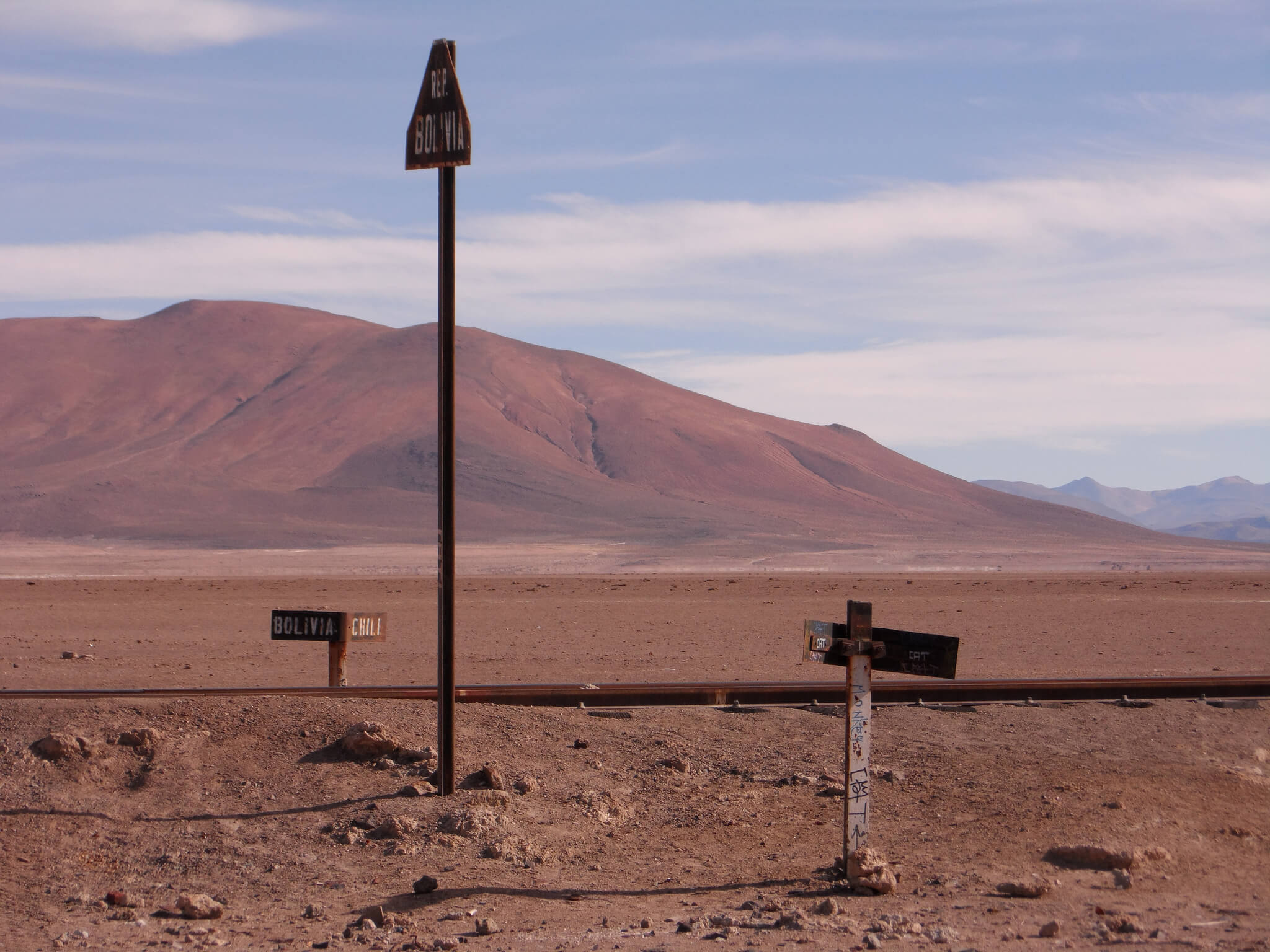 The first panel at the Ansari Institute’s inaugural conference brought to the fore a core issue in global politics today: the issue of migration. Alicia Turner (York University), Erin Wilson (University of Groningen), William Canny (U.S. Conference of Catholic Bishops), and Atalia Omer (University of Notre Dame) provided us with perspectives into different aspects of forced migration that are located at the intersection of modern nationalisms, racisms, and the presence of global religions.

Rooted in her studies of the genocide of the Rohingyas of Myanmar, Alicia Turner prompted us to question the normative hegemony of borders and to identify the ‘silenced victims’ of the construction and enforcement of borders. Turner eloquently disclosed the intertwining relations between the hegemonic establishment of ‘modernity’ with the formal and informal presence of borders whose sole goal is to maintain control over knowledge production, and thus, over the differentiated ‘valuations’ of humanity. In the context of modern binaries, ‘humanity’ is a reward that can only be attributed to those who are within the border. Meanwhile, those who find themselves outside of the border only serve as ‘others’ to affirm the hegemonic selves of the former.

One epistemological goal of modern hegemonic binaries is to produce an illusion of neat and categorized history, in which ‘us’ and ‘them’ are easily differentiated from each other. This illusion works to sustain a façade of hegemonic stability and erases the inhumane realities of lives outside the border. In other words, those who live outside of the border not only pose a threat to their counterparts within the border, but also pose a significant threat to the order of life itself. Hence, as elaborated by Erin Wilson in her presentation, the acts of ‘border-crossing’ from outside the border into the border have always been designated a ‘crisis’ with all of its senses of danger and unpredictability. The acts of moving from one geopolitical locality to another by marginalized others—acts that are otherwise seen as ‘normal’ when they are taken by White ‘Western’ bodies—become an affront to the supposedly peaceful, normalized way of life maintained by the illusion of modern hegemonic binaries.

Furthermore, William Canny assessed the readiness and contribution of Catholic institutions and organizations in dealing with the issue of forced migration. One important point that deserves further discussion from Canny’s presentation is the problem of insularity among Catholic institutions in responding to the many forms of forced migration. The absence of a strong cooperative network among Catholic institutions has led to siloed and fragmented humanitarian work. A cohesive and systematic network is needed to effectively respond to the issue at hand. The same problem can be found in other major religious institutions around the world and has significantly weakened religious-based responses toward the protection of displaced people, immigrants, and refugees in general. In addition, the stated problem also presents a hurdle to tapping into global religious networks as a resource for the advocacy of the rights of migrants.

All of those different facets of the issue of forced migration were elaborated further in Atalia Omer’s rejoinder and response. Omer illuminated the violent underbelly of modernity by interrogating the contours of exclusivism that come with the erection of borders and boundaries. In addition, inspired by the conference of ‘Bandung of the North’ (Saint-Denis, May 4th-May 7th, 2018), Omer called for the construction of socio-political alliances of decolonized experiences in the Northern Hemisphere. 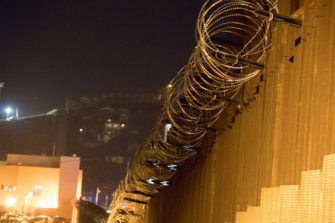 Views of the Nogales border wall from the north side.

Another important point that was highlighted in Omer’s rejoinder concerned the ‘securitization of religion’ by the modern institution of the ‘nation-state.’ In this ongoing process of securitization, the presence of religion in public space is seen as yet another example of ‘boundary-crossing’ in which secularism is a norm and religiosity is an exception at best, and a threat at worse. Such a process can be seen clearly in the rise of Islamophobic policies in the US and many parts of Europe where Islam, and by extension Muslims, are relegated to a position of threat to the ‘cultural integrity’ of both regions, whatever that means. In addition to the violent implications against the marginalized-religious other, ‘securitization of religion’ also results in a skewed perspective where state-sponsored violence is justified due to the normativization of secular violence and the demonization of religious-based violence.

What we can infer from this panel is an interlocking presence of borders that are created out of political, racial, and religious differences and are employed to justify violence on marginalized others. These borders are then sustained and legitimated through the hegemonic presence of the ‘nation-state’ as the arbiter of ‘legal’ and ‘illegal’ violence. If there is one thing that ties these phenomena, it is the fact that the political, racial, and religious markers that compose those borders are also etched and negotiated on the bodies of the marginalized others as ‘border-crossers.’

What is left rather unexplored from the conversation on religions and forced migration in the panel are two key areas. First, there is the question of the ways in which external borders are projected onto the bodies of ‘border-crossers.’ Second, I question what alternative forms of plural and hybrid embodiment exist that can be used as models for thinking about the constructedness and fluidity of boundaries.

In this context, looking into how the bodies of women of color accommodate, resist, and reconstruct the various ‘borders’ that are imposed on them would be a fruitful endeavor to undertake. As a case in point, in many discourses surrounding bad/good Muslims in the US (which also automatically translate into bad/good immigrants), one’s decision to wear hijab or not wear hijab is intrinsically associated with one’s position within or outside certain borders. When a Muslim woman wears a hijab, she is both the icon of ‘oppressive Islam’ and the ‘ideal’ figure of the Muslims’ ‘faith.’ Meanwhile, when she does not wear a hijab, she is an ‘enlightened’ (good) Muslim who embraces the mythical gift of ‘agency’ from the ‘Western world,’ and also at once a traitor to her own community of Muslims. In other words, the borders are not only located out there in physical, socio-political, and conceptional forms, but also within the liminal bodies that are located at the forefront of ‘border-claims.’ On the one hand, this fact shows the pervasiveness of patriarchal paradigms that exploit women’s bodies as a benchmark of patriarchal morality. On the other hand, it represents a liminal capacity inherent in women’s bodies that could serve as a model for a microcosm of plurality in today’s world.

Another contemporary example of the fluidity of the ‘liminal self’ can be found in the lives of many Southeast Asian female migrant workers whose jobs as domestic caretakers reflects the hybrid role as ‘mothers’ (to their own kids back at home) and as ‘surrogate mothers’ (to the family that they take care of). This intersectional and violent experience is created in the ‘borderland’ between home and host countries, but is rooted in one embodied experience of motherhood. What the hybrid roles of female migrant workers show is a mode of being that takes on boundaries (with all of their violence) as a site in which to live through the shifting constitutions of selfhood. Using terminology from Muslim feminist theologian Sa’diyya Shaikh, the Southeast Asian female migrant workers are living up ‘moments of resistance’ in which deconstruction of the boundaries is not what counts, but rather their creative survival.

When it does not pose any danger towards the women themselves, the fluidity of borders within the bodies of women of color represents an appreciation of a plurality of living in which borders and boundaries have lost their exclusivist contours. Aware of the violence performed on them by hegemonic boundaries, many women of color embrace the beautiful mess of liminality in which they construct alternative spaces defined by multiple identities. In this context, ‘religion’ functions as one of the languages with which their creative survival is expressed. It serves as a locus for those ‘moments of resistance’ due to its capacity to deconstruct hierarchies and advocate for humanity in the name of the Divine. It is to such hybrid modes of belonging that we must anchor our hopes in a time where ‘humanity’ is seen as a privilege accorded only to those who live inside the border.

— Lailatul Fitriyah is a third year Ph.D student and Presidential Fellow at the World Religions and World Church Program, Department of Theology. She holds an MA in International Peace Studies from the Kroc Institute for International Peace Studies at the University of Notre Dame. Her current research is focused on the construction of feminist theologies of resistance in post-colonial Southeast Asia, feminist theologies of migration, and feminist interreligious dialogue.