Sustainable Resources: Reimagining our Relationship with the Earth 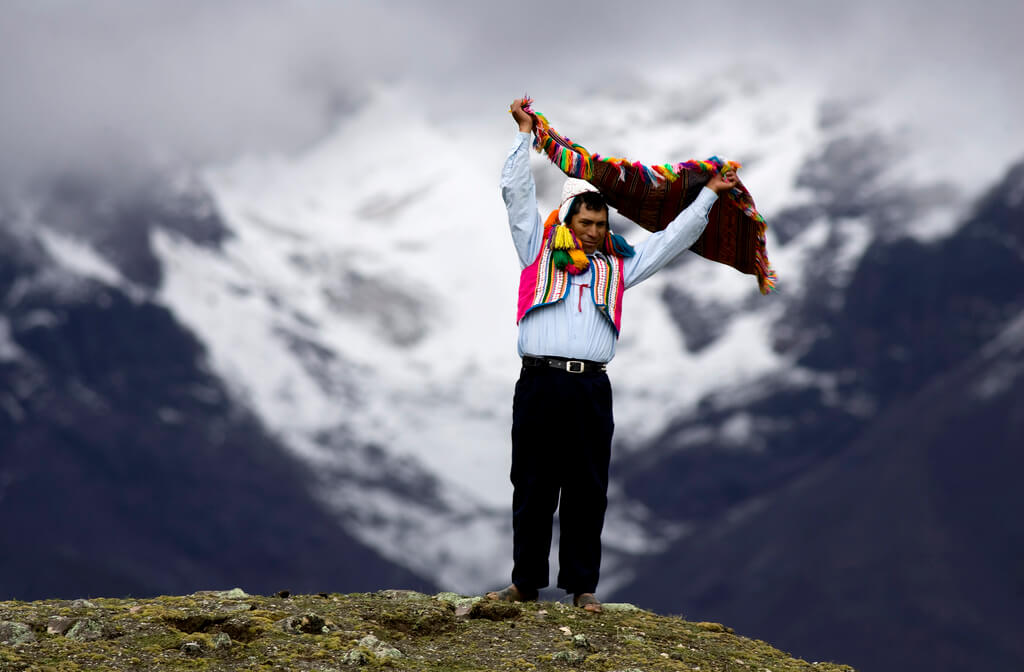 With the United Nations climate change panel recently releasing a report that stated limiting global warming to 1.5 degrees Celsius “would require rapid, far reaching and unprecedentented changes in all aspects of society,” the Ansari Institute’s panel on “Sustainable Habitats: How Religions Can Repair Unsustainable Environments,” proves timely. While we are used to hearing scientists, economists, and politicians weigh in on the environment, it is less common to turn to religious traditions as potential collaborators. Nosheen Ali (Aga Khan University), Daniel Castillo (Loyola Maryland), and Ana Mariella Bacigalupo (University of Buffalo) showed the rich resources these traditions can bring to the conversation. One commonality that ran across each presentation was the importance of reimagining the relationship between humans, other animals, and the earth. Given that we are now in the age of the anthropocene—climate change brought about by human actions—such reimaginings are key for developing a sustainable relationship with the earth.

Daniel Castillo raised dual concerns from the Catholic tradition: how can the life of faith inform both the preferential option for the poor and the option for the earth? Castillo drew our attention to the reality that these two concerns are intimately interlinked: those who will suffer the most from the earth’s rising temperatures are those in the Global South who do not have the economic resources to shield themselves from the effects of climate change. Turning to the Hebrew scriptures, Castillo rejected the harmful anthropocentrism that has arisen in response to the Genesis 1 narrative of man having dominion over the earth. He instead emphasized Genesis 2:15, which calls humanity to cultivation and care. Castillo argued that the symbolic vocation in Genesis 2 is the gardener who lives out the imago dei (image of God) through love of God, neighbor, and the earth. Cultivation and care extends toward both neighbor and the rest of creation, emphasizing our embeddedness within these relationships.

Nosheen Ali spoke from an Islamic perspective and the context of her fieldwork in Shimshal, Pakistan. Ali noted that policies focused on sustainability have become entrenched in the very capitalist system responsible for creating environmental degradation in the first place. We can learn from the people in Shimshal who, because of their view that nature is sacred, have developed forms of human labor that can complement the processes of nature. Yet, Ali noted, often this sacred view of nature is “denied legitimacy in mainstream notions of science.” She underscored the importance of making space for ecology as a spiritual concept. Ali then considered the history of asceticism in Islam, describing Baba Farid (1173-1266), a revered Sufi spiritual leader, who believed a practice of anti-accumulation was essential to his religious life. An ecological spirituality combined with an emphasis on anti-materialism offers a model for sustainable human practices. 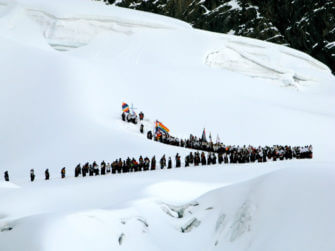 Ana Mariella Bacigalupo presented her ethnographic research with impoverished Peruvians who “draw on indigenous traditions to collaborate with sacred, sentient landscapes.” Bacigalupo presented the Peruvian workers’ divinization rituals as a form of resistance against the extractive resource industry. They believe the natural world has its own moral agency and argue that we have angered the earth. This has led to a movement, amongst some Peruvians, demanding the recognition of the legal personhood of nature. Bacigalupo argued that this approach to nature as a sacred, sentient landscape has led to new models of mobilization against climate change.

These three scholars show us that ecological spirituality as an embodied practice has the potential to reorient our relationship with the earth. Practices of caring for a garden, cooperating with nature, and extending solidarity beyond human persons to the rest of the natural world foster a vision of a relationship with the earth grounded in kinship rather than extraction. This allows the human person to see herself as not only embedded in the human community but also in the broader community of the earth and all creatures.

Yet, as we recover and/or develop these ecological, spiritual practices, Ali warned us to guard against universal solutions. Each ecosystem has unique features, and so each community will need to develop their own ways of cooperating with nature. In the words of the American poet, novelist, and farmer Wendell Berry, the over-emphasis on “Think Big,” such as macro-level planning, policies, and laws, has blinded us to the power of “Think Little” and the creative possibilities that emerge when we fully engage in our own backyard and community. Religious actors, traditions, and resources can also help to further develop this point. For instance, within my own Catholic tradition, Pope Francis has emphasized that we require a “lifestyle and spirituality which together generate resistance to the assault of the technocratic paradigm,” because technical expertise can only provide, at best, a partial solution to climate change (Laudato Si’ #111). Pope Francis calls for an “ecological conversion” within each of our communities (Laudato Si’ #219). While public policies and laws are important, for Ali, Berry, and Pope Francis these measures alone won’t save us. We must also foster ways of thinking little within our local communities, which as a collective have the transformative power to impact climate change. 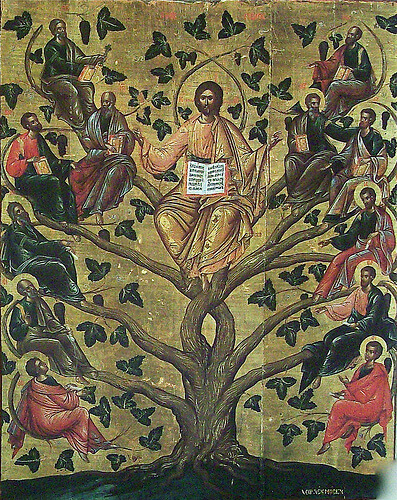 The Ansari Institute’s panel offers an important starting point for thinking about religious resources for combating climate change. Moving forward, it is important that panels like this attend to intersectionality at a deeper level. While the intersectionality between the environment and the poor was highlighted, other points of intersectionality, like gender, deserve more attention. During the question and answer period, Harvard Divinity School professor and Director of the Religious Literacy Project Diane Moore raised concerns to Castillo that the same Genesis 2 text being used to safeguard the environment has also been used to suppress women. For example, Genesis 2:18 states: “It is not good for the man to be alone. I will make a helper suitable for him.” Historically, this has been used to justify a hierarchical relationship between men and women. The same text used to support a relationship of care with the earth has also been used, in one prevalent reading, to justify the subordination of women. In our attempts to correct a harmful tradition of anthropocentrism, can we use a text that has been used to discount women’s equity?

For the feminist theologian Rosemary Radford Ruether, we must address both forms of oppression together because “the subjugation of women has formed the symbolic basis for the subjugation of the earth.” This means that work in ecotheology must also attend to gender. In the case of Genesis 2, the ecotheological reading of the human person as a gardener that images God by nurturing the earth must be in conversation with feminist theological interpretations of Genesis 2 that challenge sexist readings of the text. Otherwise, we risk realizing justice in one dimension only to undermine it in another.

The stakes of incorporating an intersectional lens are more than theoretical; there are substantive practical implications as well. For example, recent studies have shown that women are disproportionately affected by climate change, particularly in communities where they also lack equal access to other resources such as education and economic opportunities.  Given this reality, it is necessary to think about how religious resources and ecological spiritualties interact with gender as well as other pertinent issues such as racism and decolonization. Indeed, such a process is necessary in order to build a spiritually informed, holistic vision of climate justice.

— Marie-Claire Klassen is a PhD student in Moral Theology. Prior to attending Notre Dame she completed an MA in Global Studies, with an emphasis on religion and human rights, through the Erasmus Mundus Global Studies program.