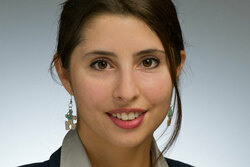 Perin Gürel, a Notre Dame associate professor of American studies, has won a National Endowment for the Humanities Fellowship for Research in Turkey, in support of the completion of a book on the international history of comparisons made between Turkey and Iran. Her research will detail the history of comparisons made between Turkey and Iran, but Gürel also intends to critique the intellectual valorization of comparison itself. Sharp distinctions about areas of the world are often made, she said, despite the relatively arbitrary nature of borders between countries — not to mention the ways in which subjectively comparing one thing to another permeates other aspects of life.

Read More about American studies professor receives NEH fellowship for book on Turkey, Iran, and the history of comparisons made between the two 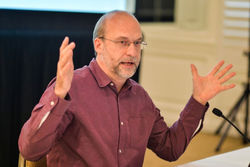 Christian Smith, the William R. Kenan Jr. Professor of Sociology at Notre Dame, has won the Society for the Scientific Study of Religion’s 2018 Distinguished Book Award. The honor, conferred upon the most outstanding book published by an SSSR member in the past two years, lauded the “impressive accomplishment” of Smith’s Religion: What It Is, How It Works, and Why It Matters…