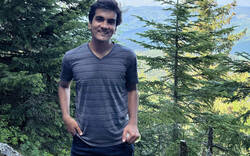 Bosnia and Herzegovina is not a place I had ever pictured myself visiting. This small country in the Balkans had quite simply never captured my imagination. Its allure was less obvious to me, unlike that of western European countries such as France and Switzerland that are often romanticized in globalized pop culture. But thanks to a student trip made possible by the University of Notre Dame and Peace Catalyst International, I recently visited the country—not as a tourist, but as a student of peacebuilding who gained a new appreciation for the role of religion in peace processes and reconciliation.