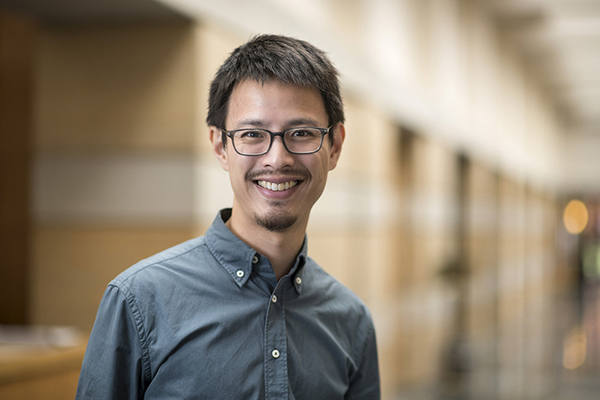 Engaged Buddhism describes a global form of socially and politically active Buddhism that emerged in the 1960s, and has transformed both the Buddhist religion and the world ever since. The Vietnamese monk and peace activist Thich Nhat Hanh coined the term; ever since, he and other Asian Buddhist leaders embraced it in building Buddhist movements for waging peace, claiming rights, and enacting justice. The late 1990s and early 2000s saw a spike in scholarship on Engaged Buddhism in Asia that has not been seen since.

What does Engaged Buddhism look like today? How are scholars of Buddhism, religious practitioners, and Buddhist activists embracing, rejecting, or modifying the term? And what does the very term imply about Buddhism and its engagement in global affairs? This talk explores this powerful concept and the controversies that continue to attend it.

Alexander Hsu is an adjunct assistant professor for the Keough School of Global Affairs and serves as the academic advisor for the Liu Institute for Asia and Asian Studies. A historian of early Buddhist scripture in China, Hsu earned a doctorate in religious studies from the University of Chicago, where he previously earned a master of divinity and a bachelor of religious studies and biological science.

This lecture will be held through a Zoom webinar on Tuesday, September 29 at 11:00 a.m. Eastern Daylight Time.

This event is cosponsored by the Ansari Institute for Global Engagement with Religion.