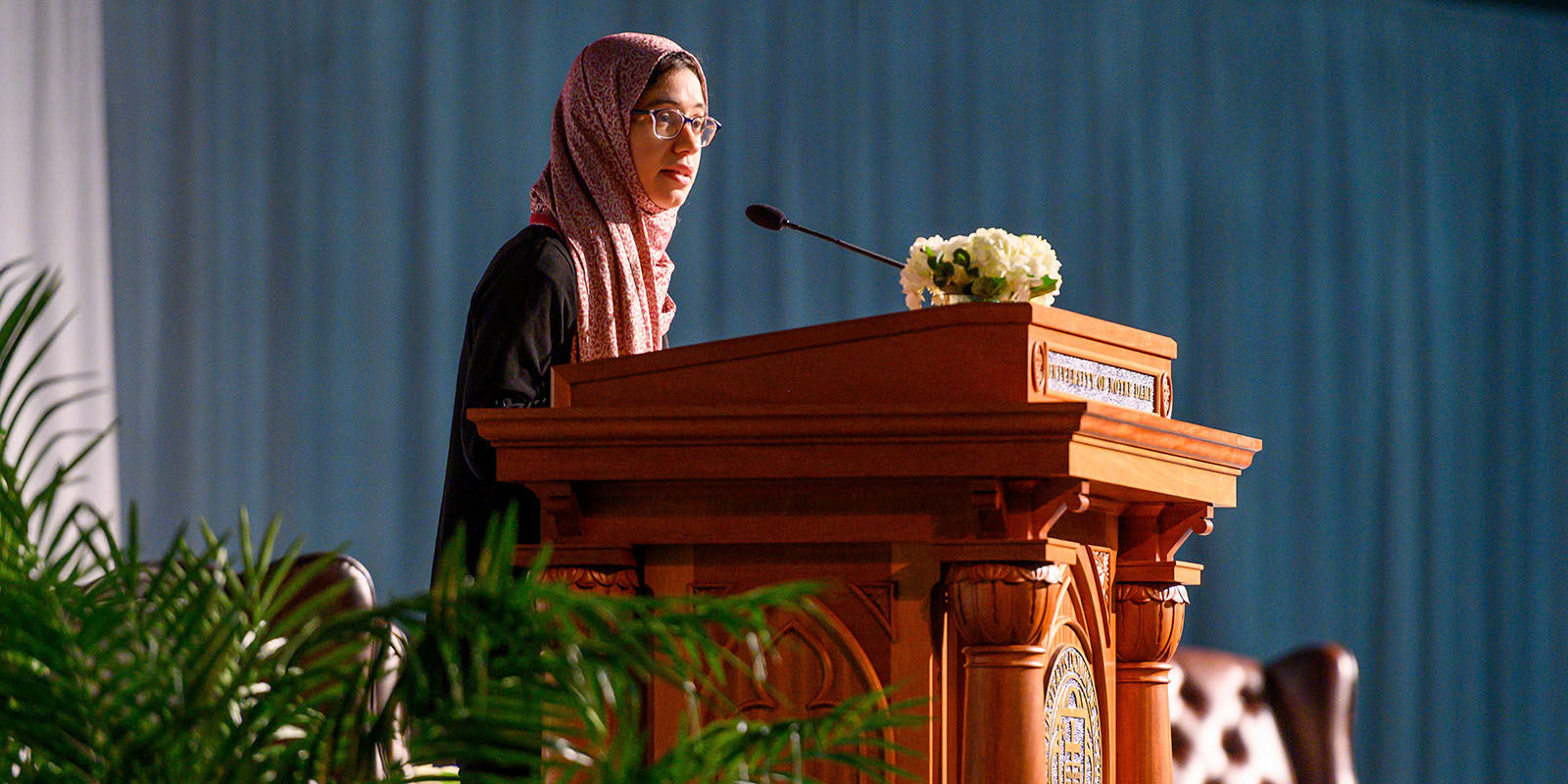 Asmaa El Messnaoui, program manager for the Ansari Institute for Global Engagement with Religion, offered the opening invocation during the University's annual Martin Luther King Jr. Day luncheon on Monday, January 26, drawing on Islamic teaching  to underscore the importance of practicing diversity and inclusion and treating others with dignity and respect.

Her remarks are included below.

Assalamu alaikum, peace be upon you all.

I am delighted and honored to be here today and to share with you a prayer as a Muslim and as part of the Notre Dame community.

Diversity in Islam is considered part of the divine law, a proof of God’s existence, greatness, and wisdom. Allah tells us in the Quran once and again that diversity was not a random accident but rather a deliberate purposeful decision by the creator. He says:

O mankind, indeed We have created you from male and female and made you peoples and tribes that you may know one another. Indeed, the most noble of you in the sight of Allah is the most righteous of you. Indeed, Allah is Knowing and Acquainted.

And in another chapter, quote:

“And if they Lord had willed, he verily would have made mankind one nation, yet they cease not differing except whom your Lord has given mercy, and for that He created them.”

God’s mercy here manifests through guidance to the path of diversity management, or what today we commonly call inclusion.

And on that, God says:

“And not equal are the good deed and the bad. Repel [evil] by that [deed] which is better; and thereupon the one whom between you and him is enmity [will become] as though he was a devoted friend.”

So just like diversity is a deliberate divine decision, inclusion should be a deliberate human decision to accept the other who is different as equal and treat them with dignity and respect even if they do not reciprocate for that can transform them and bring them closer. In conclusion, we ask God in every language, through every faith tradition to enlighten our way as we are struggling and learning on the path of inclusion. Amen.