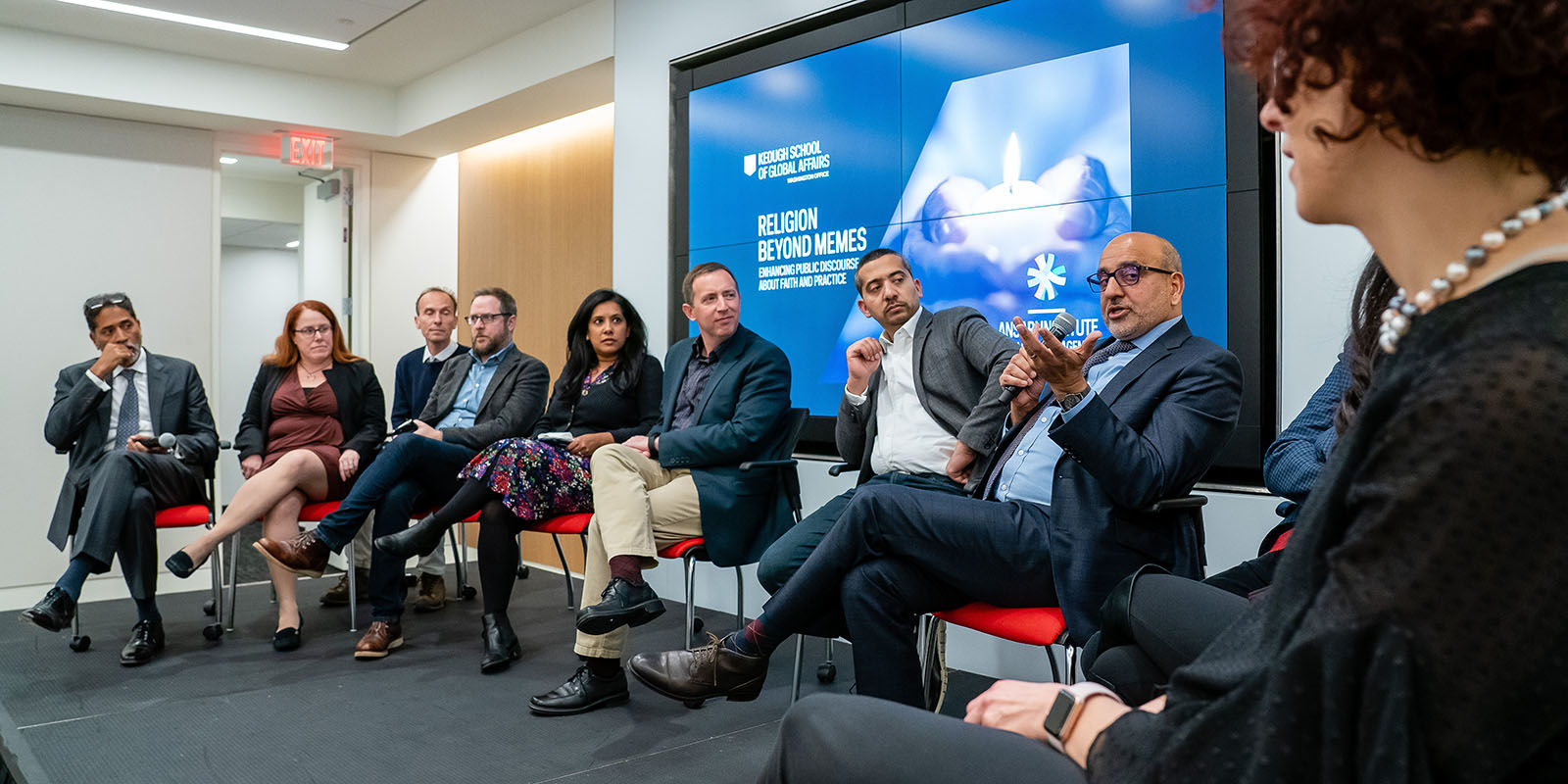 Accomplished journalists, scholars, and thought leaders gathered at the Keough School of Global Affairs’ Washington Office recently to discuss the complexities of religion at a time when a cascade of social media platforms shapes how people understand and discuss faith and practice.

The diverse panel shared insights at “Religion Beyond Memes: Enhancing Public Discourse about Faith and Practice,” an October 18 conference organized by the Ansari Institute for Global Engagement with Religion. 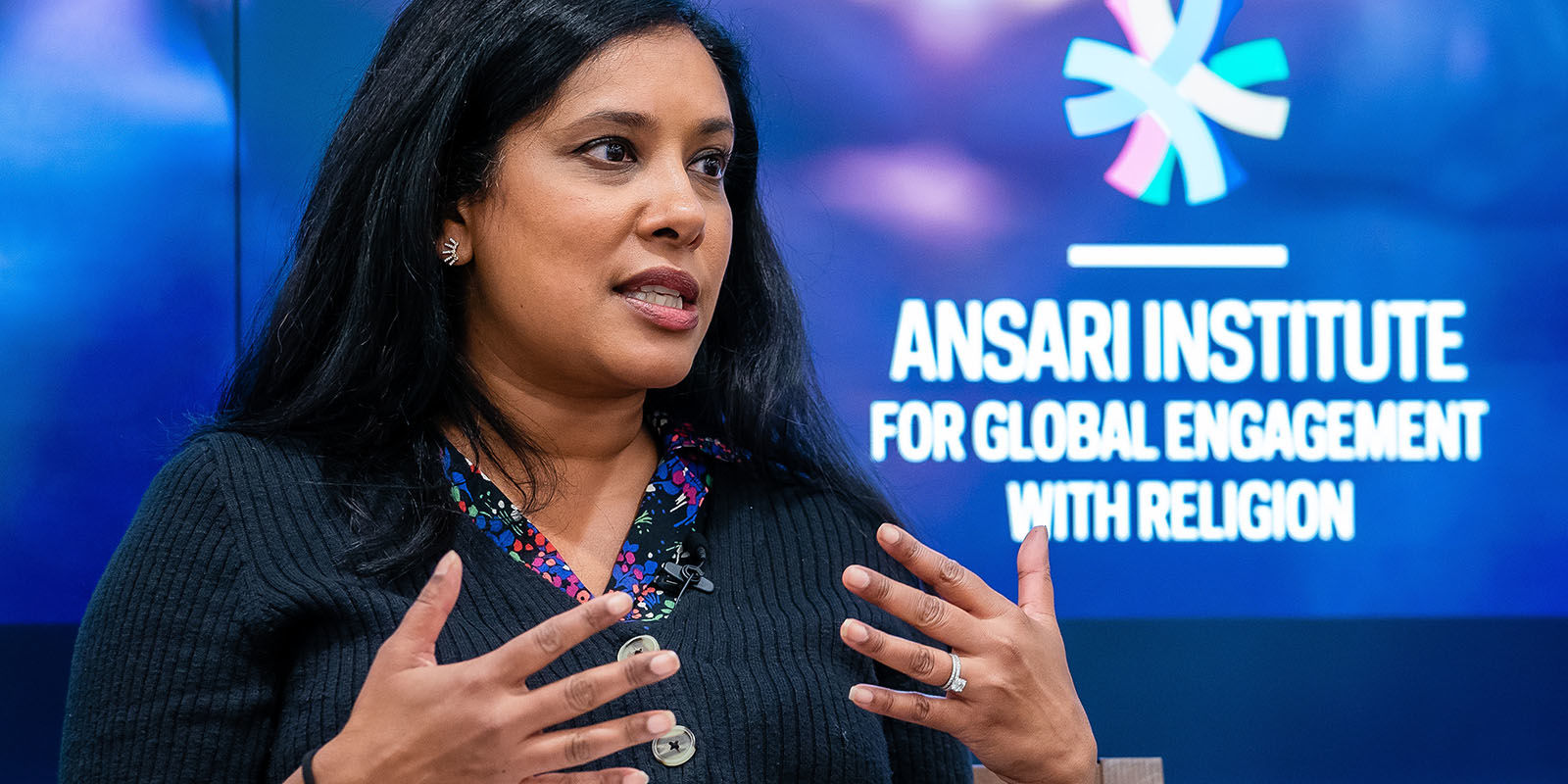 In today’s environment of tweets, influencer posts, and memes, panelists explored how to expand understanding of faith beyond generalizations and stereotypes and to collectively change the conversation about religion.

“This conversation comes at a crucial time, since much public discussion of religion now takes place online and across social media,” said Mahan Mirza, executive director of the Ansari Institute, which is part of Notre Dame’s Keough School. The Ansari Institute serves as a center of public deliberation and education through research, teaching, outreach, and interaction with religious communities and the public worldwide. 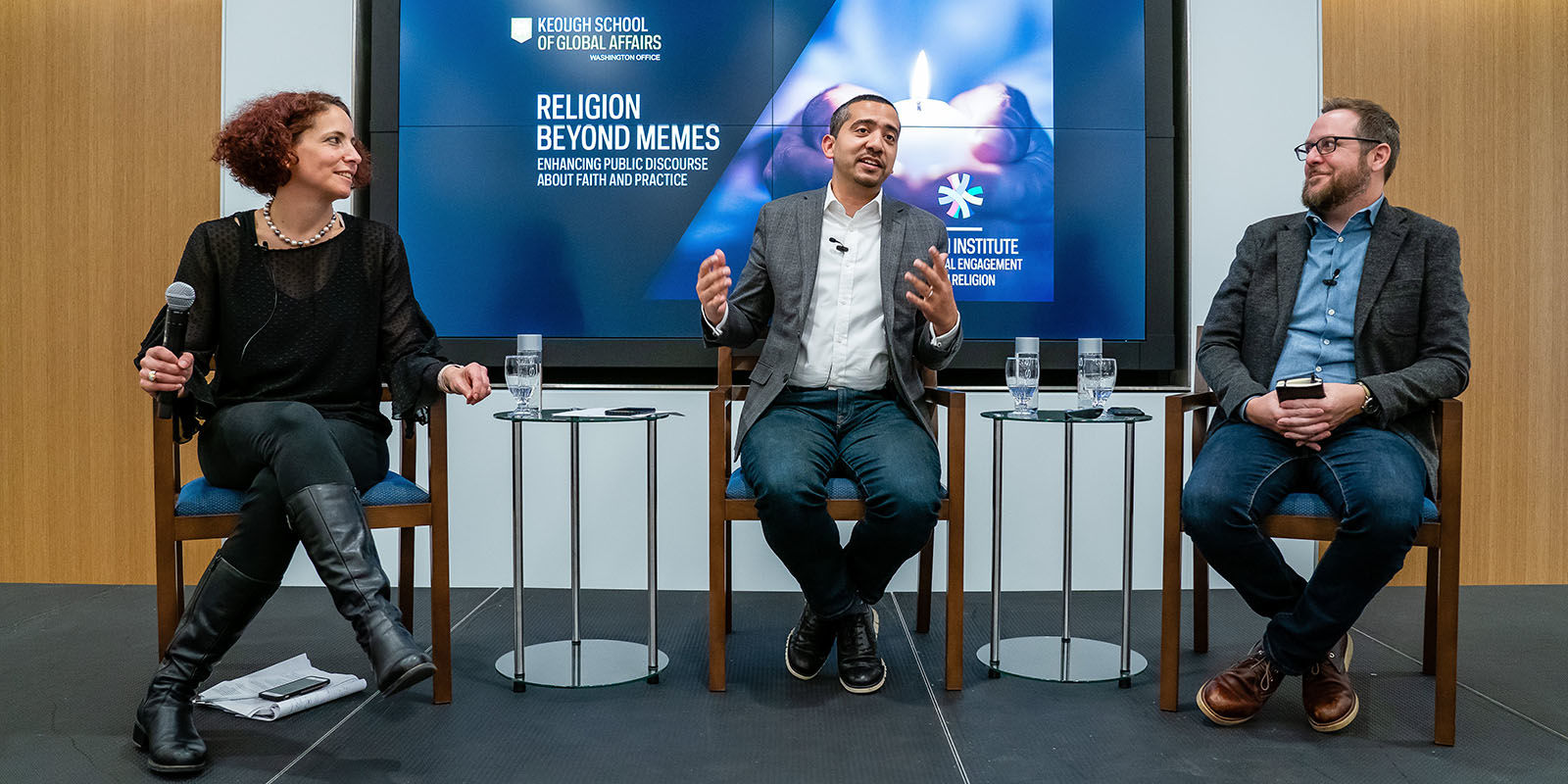 Together, conference participants identified the consumers, providers, settings, and formats of stories about religion around the world. They explored various motives, incentives, and means of representing religion, as well as platforms that seek to counteract what is perceived as the distortion of religion.

In addition, panelists tackled the challenges in “getting religion right” for non-specialist audiences, and considered how educators and media representatives can respect and convey the vivid and distinctive dimensions of religion without exoticizing it beyond recognition. Finally, they shared best practices, concerns, and pitfalls in explaining how to convey complex topics to non-specialist audiences. 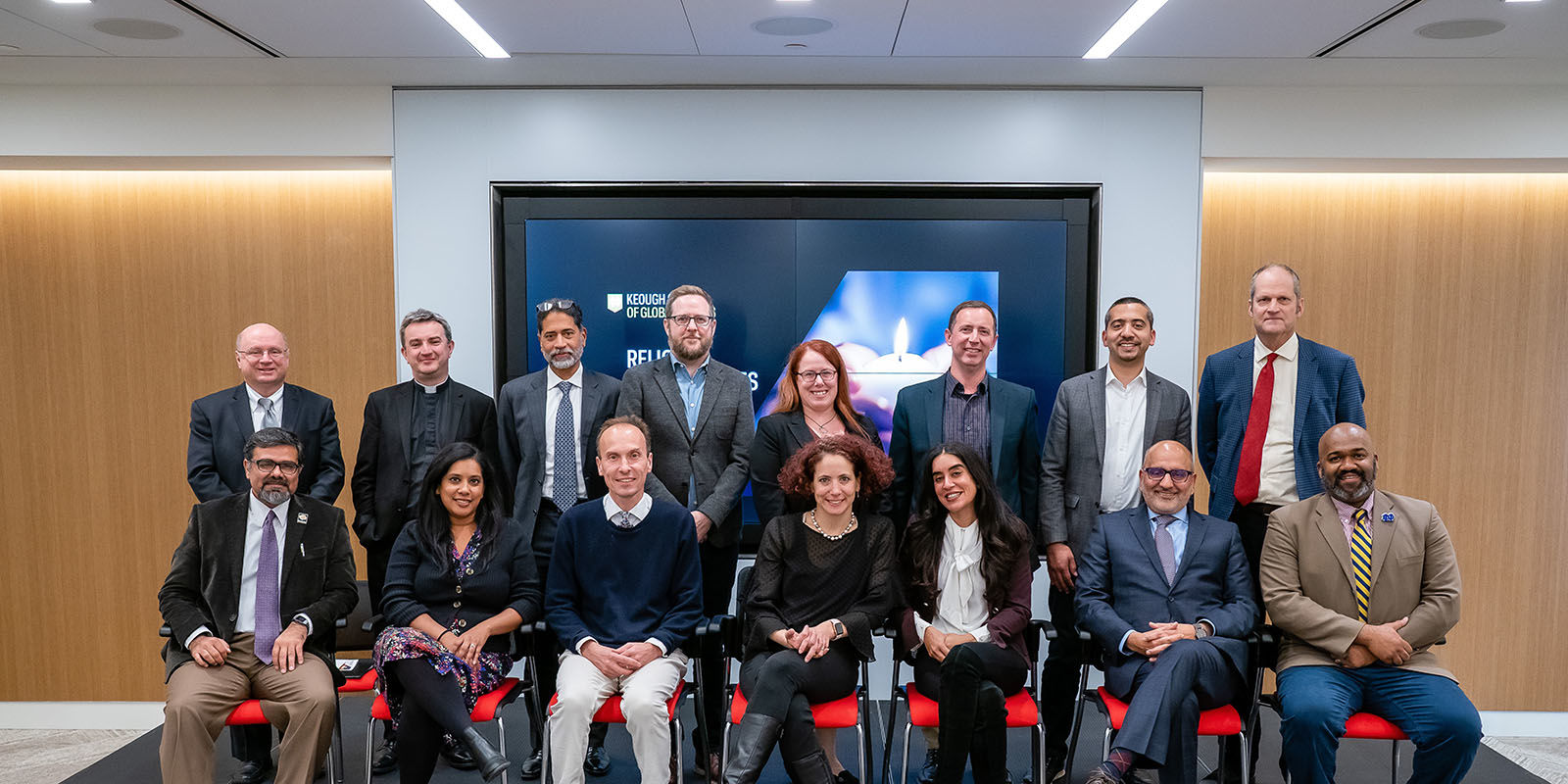 Scott Appleby, professor of history and the Marilyn Keough Dean of Notre Dame’s Keough School of Global Affairs, welcomed attendees, providing an overview of the discussion and underscoring the need to improve the breadth and depth of stories on religion in the media, as well as the various complicated roles played by religious actors and institutions in society. 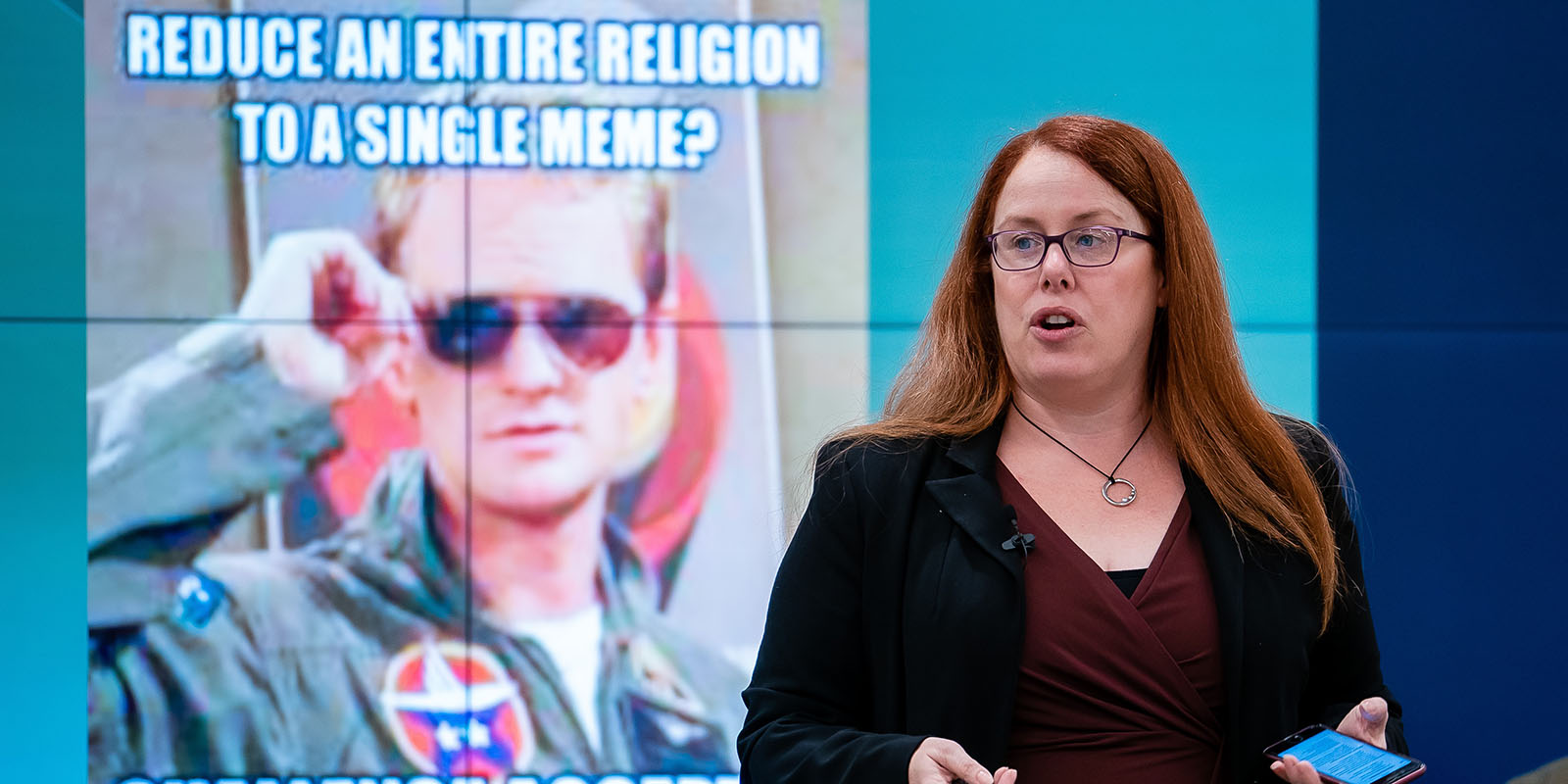 Participants also included several media representatives: Tariq Ansari of Next Mediaworks Ltd.; Daniel Burke, CNN’s religion editor; Robert Costa, a reporter for the Washington Post and moderator of Washington Week on PBS; Emma Green, a staff writer for the Atlantic; Mehdi Hasan, a columnist and senior contributor at the Intercept; and Nermeen Shaikh, a broadcast news producer and weekly co-host at Democracy Now!.

Michael J. Murray, president of the Arthur Vining Davis Foundations, and Zeenat Rahman, project director of the Inclusive America Project at the Aspen Institute, were also among the featured speakers.

Participants shared a range of insights and perspectives. Texas A&M’s Campbell noted that memes can oversimplify religion and promote stereotypes, but can also allow people to create religious identity in a cohesive narrative. In addition, she said, memes contribute to a digital discourse that elevates new voices alongside traditional religious authorities.

“Scholars like myself who study the intersection of new media, religion, and digital culture are really interested in how these digital discourses show us how people perceive religion in contemporary culture,” Campbell said. “I think that we need to pay more attention to how religion is talked about in these popular discourse spaces. Memes aren't just about humor. They're not just lackadaisical. They're often serious spaces to find out how people think about religion in contemporary society.”

Notre Dame’s Moosa stressed the need to take memes, like headlines, as a starting point for learning. Symbols like a crucifix or a star and crescent, or words like “fatwa” or “madrasa” convey a great deal of information in a compressed format, he said, and it’s crucial to take the time to understand what they truly represent.

“A complex history is compressed into this iconic expression, idea, word, or image,” Moosa said. “Whatever is compressed sometimes has the complexities and difficulties compressed out of it. And so the lesson is that we need to unpack memes." 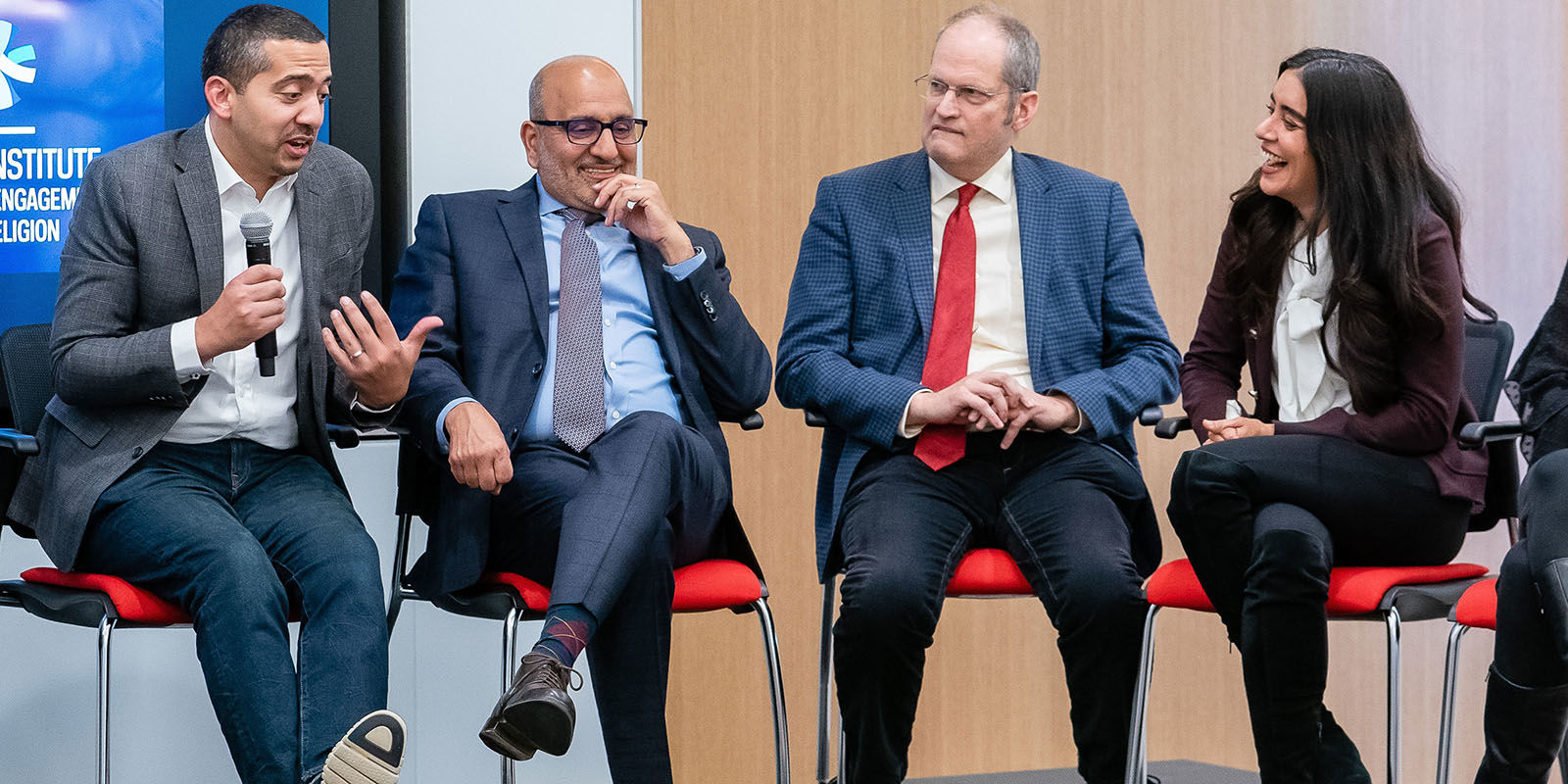 The conference was the third in the Contending Modernities series on Changing the Conversation about Religion. The first conference, “Changing the Conversation about Religion: Partnerships for Global Development,” was held in London in 2015, and the second, “Making Democracy One’s Own: Muslim, Catholic and Secular Perspectives in Dialogue on Democracy, Development, and Peace,” took place in Rome in 2016.

“Our speakers brought a diverse range of insights and contributed to a rich and substantial conversation,” said Mirza, the Ansari Institute’s executive director. “They provided helpful context for navigating today’s conversations about religion and suggested ways in which educators and media might collaborate to find the right balance between complexity and simplicity in the public dialogue around religion so that it informs rather than distorts our world’s faith traditions.”